How can we accommodate capturing multiple expenses in one go and multi-page expense in our expense camera?

Rydoo is a travel and expense management company.

On the front-office Rydoo helps business travellers fill their expenses on the go, book their trips, and approve expenses, while on the back-office it provides all the necessary tools to finance to be on top of the company's expenses and reimburse employees as fast as possible.

Losing a receipt means losing money. People want to be sure they've saved and uploaded an image of good quality before throwing it away.

However, sometimes taking a quality photo of their receipt might not be possible because they're in a dark restaurant, a hotel room with a bad wifi connection, on the backseat of a taxi, and so forth.

So, they end up piling up all the receipts in one place, and saving them for a moment when they might feel up doing it; meaning that would have to open the camera every time to capture a new receipt. That's tedious, and we wanted to remove anything tedious from managing expenses.

Creating a prototype that would help to elicit valuable feedback from test participants proved to be more challenging than usual. During the first preliminary tests participants were stumbling when they had to capture a receipt, as the camera was a static image.

Usability testing is all about suspending disbelief, sometimes paper and pen or techniques like the ‘Wizard of Oz‘ can do the trick, but testing a camera with a static camera view was not enough.

I had to fake it till I make it; I used a video in the prototype that looked like scanning a receipt and that helped, but luckily around the same time Protopie, came up with a new feature that allowed camera-based interactions. This allowed me to create a high fidelity prototype that I could test and learn from. 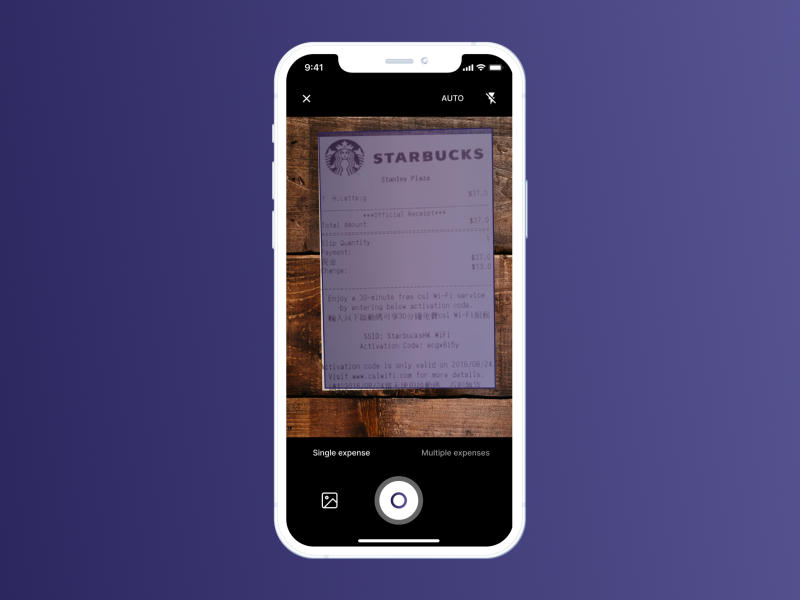 Also the copy had to work as well in the 10+ languages Rydoo is available. Words like ‘Batch’, ‘Multi’ and ‘Burst’ could have been good candidates, but would be tough to translate them in other languages.

We chose ‘Single’, ‘Quick scan’ and ‘ Multipage’, but we quickly learned that ‘Quick scan’ was not the right term. Some thought that speed could sacrifice the quality of their images, while others thought that there would be a ‘Slow scan’ as well.

We learned and simplified the camera, removing ‘Quick scan’ and keeping ‘Single Expense’ and ‘Multiple Expenses’, while allowing to get a multi-page single expense only from adding a page in the camera preview. 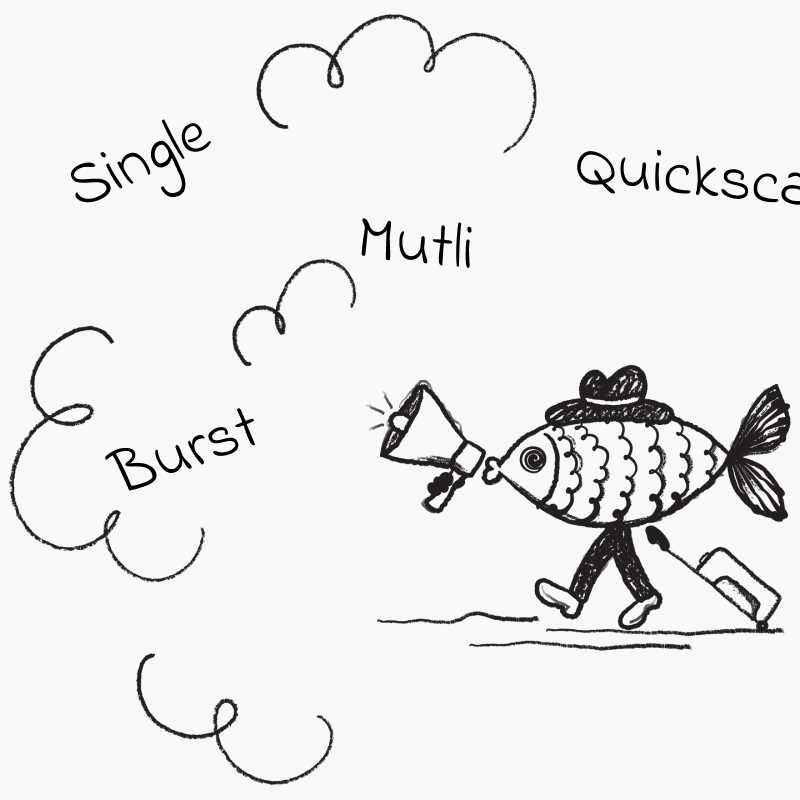 As a team we did two mistakes:
- We launched without onboarding, and relied only to Intercom and product marketing as communication channels. This resulted in many users still to ignore the new camera modes, even one year after.
- We launched without any camera metrics, so we were blind concerning the user's behaviour. Only after we launched thew new app and we had metrics we could realign the camera to match better the users' behaviour. 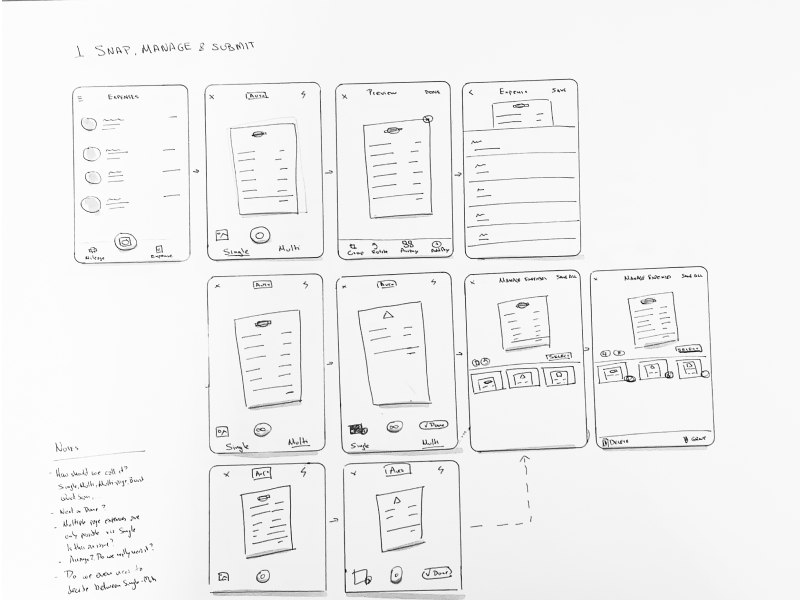 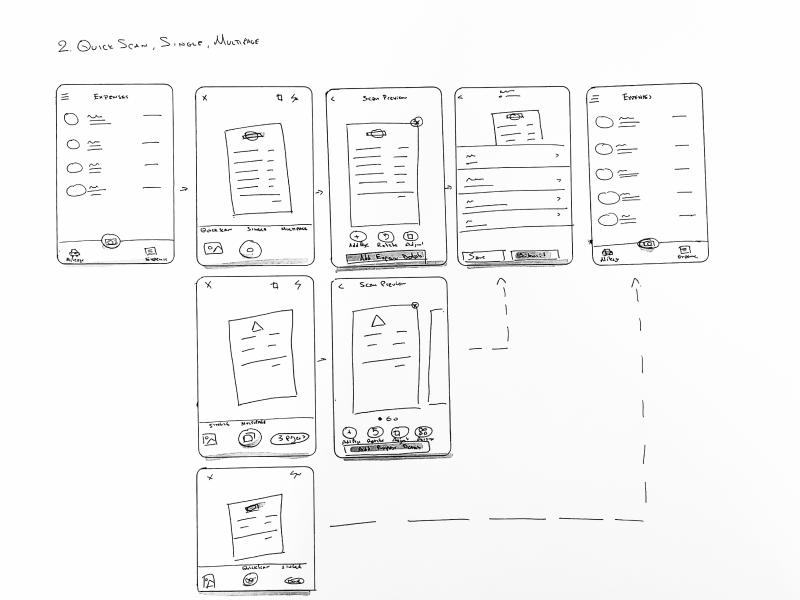 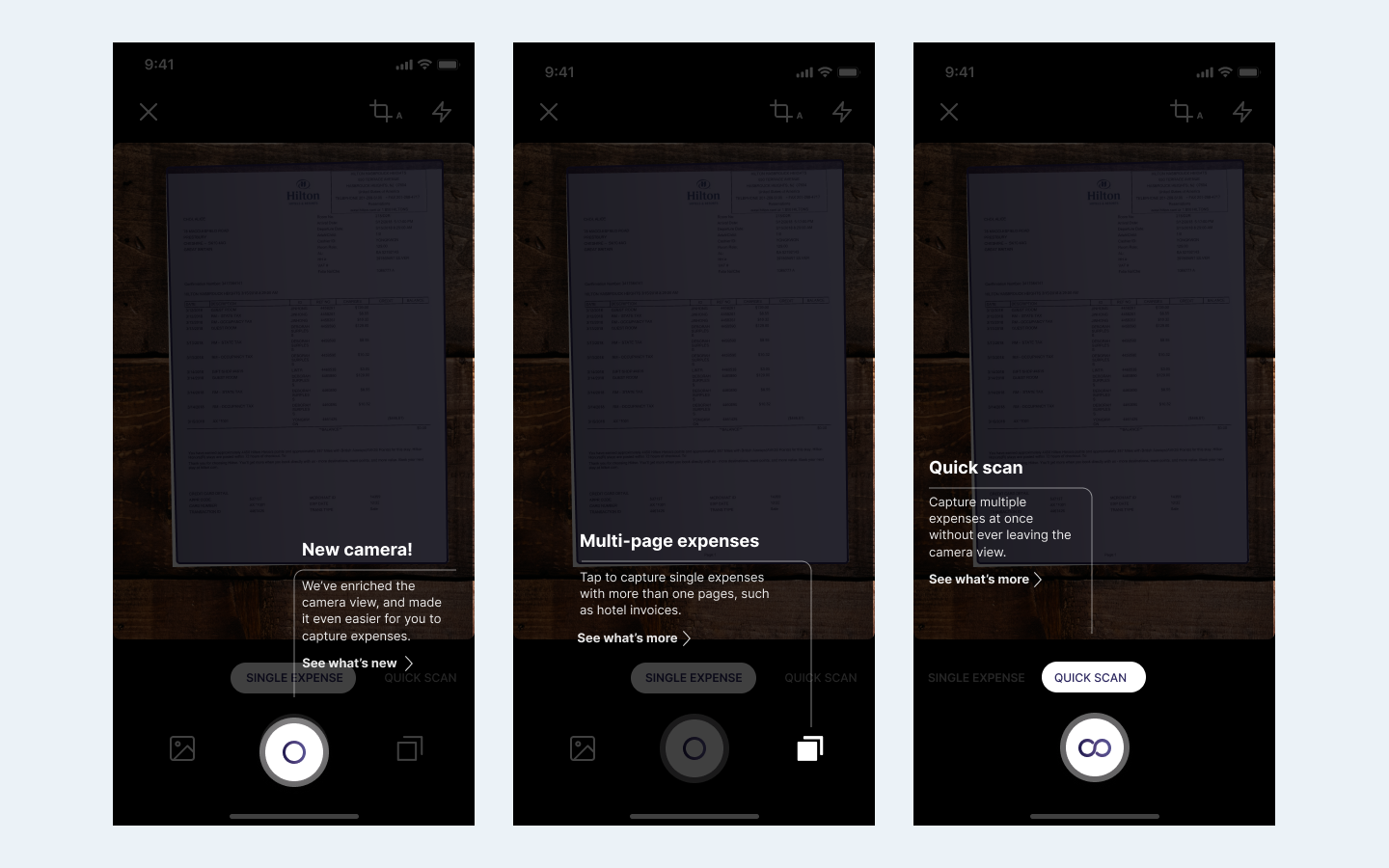 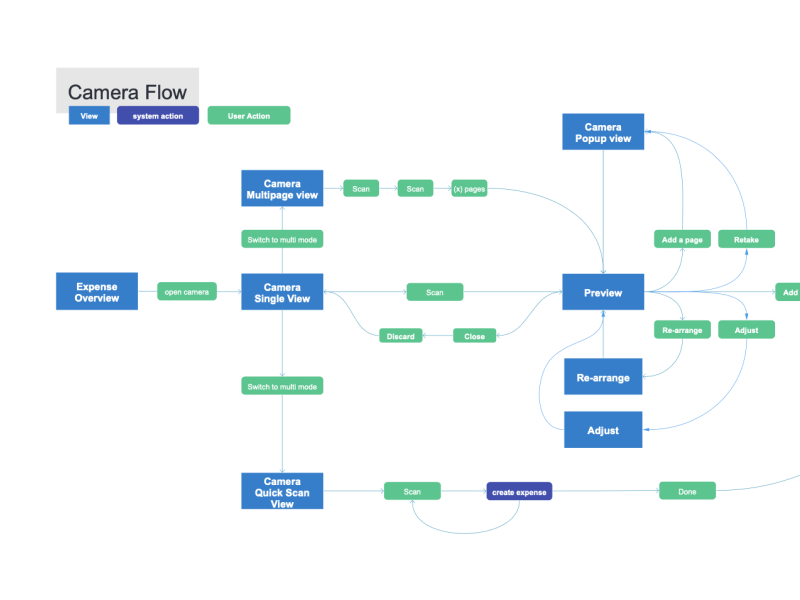 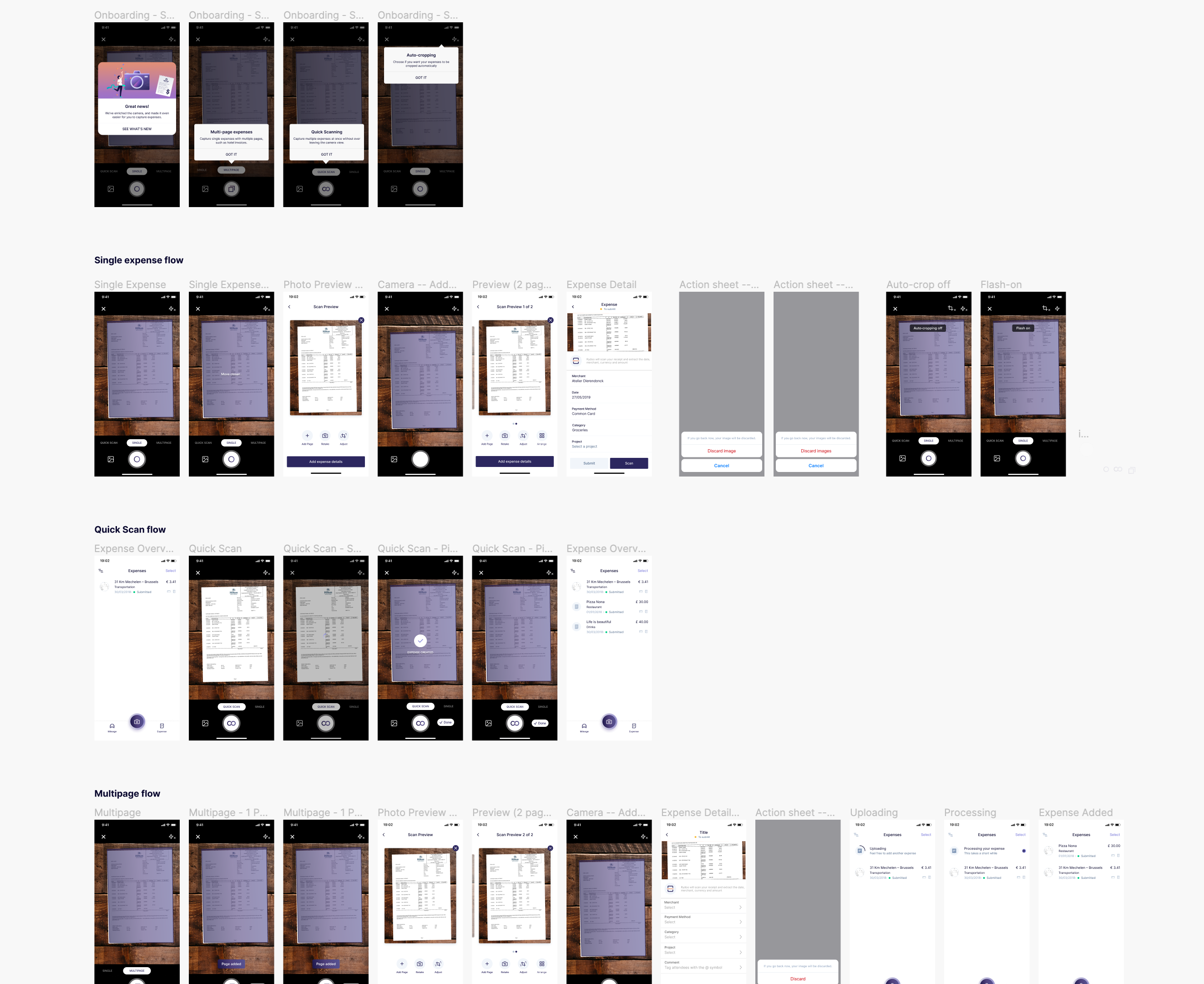